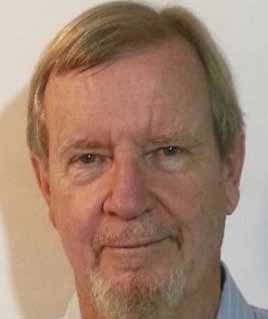 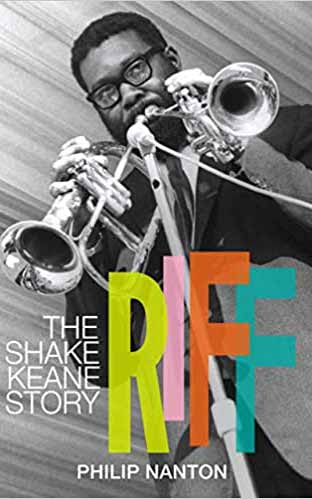 Do you know who Shake Keane is? I love jazz, but I’m neither a fanatic nor a connoisseur, so I simply knew that Shake was a jazz trumpeter from St Vincent.

However, I often heard my late dear friend and mentor, Oliver Jackman, rave about the brilliant Shake, whom he not only admired but also whom he knew personally in the Great West Indian Exile of the 1950s.

Ah, the pleasures of exile… From Oliver I learned that Shake, a Vincentian, was one of the greatest and most underrated of jazz musicians.

Could that have anything to do with his being from the Caribbean?

Phillip Nanton, author of the hilariously satirical Island Voices from Saint Christopher and the Barracudas, the luscious poetry collection Canouan Suite & Other Pieces, and the intellectually groundbreaking Frontiers of the Caribbean, has just published Riff: the Shake Keane Story, coming out in January 2021.

While I knew of Shake Keane as a musician, I had not realised he was also a poet; and not just a poet, but a very good poet. In Riff, the author helpfully provides the reader with five appendices of Shake’s poems.

Philip Nanton in this beautifully crafted biography addresses, among other issues, two questions: Why did Shake not achieve either recognition or fame internationally as a jazz genius when clearly his trumpet playing was right up there with the likes of Dizzy Gillespie and Miles Davis? Not to mention Shake’s exploration of ‘free form’ jazz on trumpet and flugelhorn with the London-based, Jamaican-led Joe Harriot Quintet. This was around the same time that it was being crafted by American jazz greats like Ornate Coleman.

And, secondly, why was his poetry so under-appreciated in the Caribbean? Nanton points out that he has remained a minor poet largely because, with a few exceptions, the literary critics ignored him, but notes that his work “survives and serves the twentyfirst century because of its underlying atmosphere of heady exuberance, rebellion and optimism, qualities he claimed were intrinsic to the West Indian writer. These are indeed the qualities of his poetry, which even in the darker moments of his life exude humour, optimism and flashes of joy.”

This book feels deeply personal, both in the sense of one Vincentian writer reflecting on the life of another, and the author’s pondering on such themes as nationalism and decolonisation, migration and identity, and what it means to be a Caribbean artist in a globalised world.

Riff is not just an elegantly written narrative of the life of this complex and at times deeply troubled artist, it is also an exploration of the intersection of jazz and poetry. As the author observes at the very end of his first chapter, “Located at the crossroads between jazz and poetry, Shake’s most significant achievement was ultimately a blurring of the boundaries between these two art forms.”

In fact, it is worth quoting Philip at length as he begins chapter six: “Writing about an artist with two developed talents, music and poetry, is different from writing about those who have a particular trajectory that can be teased out and followed.

Clearly, this isn’t Shake’s trajectory, so writing about his poetry means trying to understand from his writing what’s happening in his head.

“The story to be told is not so much that this happened, then this, and then he expressed it like this.

He does respond to externals, of course — the St Vincent environment, the volcanic eruption that he witnessed in 1979, his situation in New York. And his behaviour with women — the serial dependent marriages — was not unusual for Caribbean men and musicians. But it’s worth stressing that his reactions to events and situations are those of a jazz artist.

“In other words, one who is located at the crossroads between two disciplines, who understands their rules but chooses to break them or interpret them in his own way and take the chance that he will be understood.

“As we will see, particularly in his mature work, he often applies what could be called a jazz rule-breaking style to the composition of poetry. This ranges from a particular way of ‘playing’ with a subject to how a poem is orchestrated visually on the page.”

Philip maps the physical and artistic journey of Shake from childhood and adolescence in St Vincent, through his most musically creative period in London and Europe in the 1950s and ‘60s, his traumatic return to St Vincent in 1973 when he became the innocent victim of local politics, to his self-imposed exile in New York in 1981, and the final dark days of his life, redeemed by flashes of light, until his death in Norway in 1997.

Riff is a short book, but there is so much packed into it that it will repay many re-readings.

In a sense, one feels from the passion of the writing that Philip Nanton was born to write this book, a tour de force that belongs on every Caribbean person’s bookshelf.

Dr. Peter Laurie is a retired permanent secretary and head of the Foreign Service who once served as Barbados’ Ambassador to the United States.