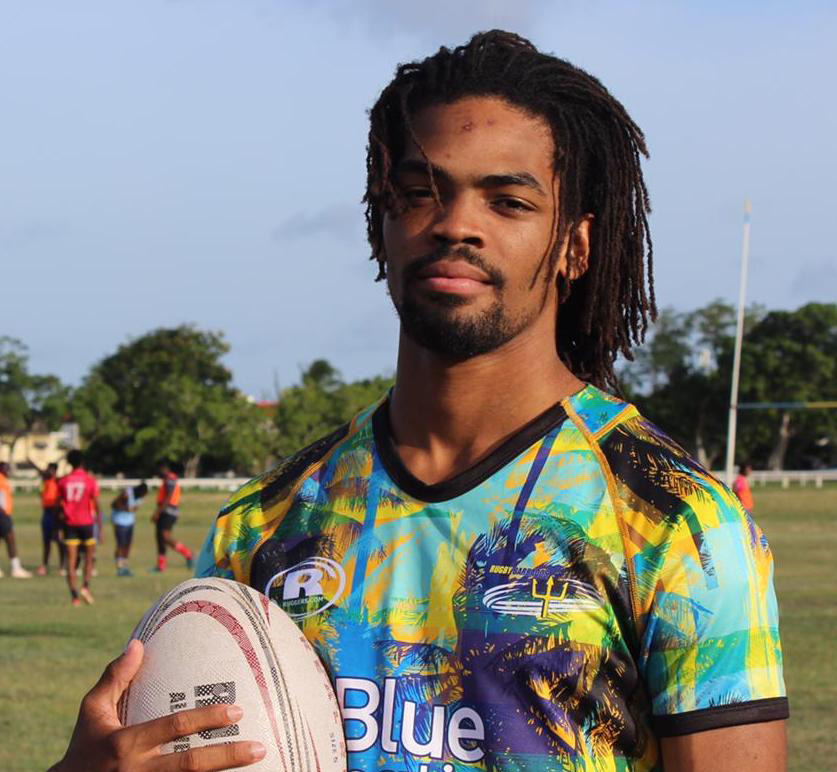 
Senior national rugby player Mikyle Walcott has described the Coronavirus pandemic as a setback as he had his sights set on representing Barbados in a couple of tournaments that were scheduled for this year.

Speaking with Barbados TODAY, Walcott said like the majority of other sportspersons, members of the national rugby union team have to rely on training at home.

“It is a big setback. We had a lot of tournaments and stuff to go to but that is now out of the question. We were supposed to go to the annual Rugby American North and that would have qualified us for a list of other tournaments.

“We are doing our home stuff because obviously we can’t be doing stuff together.

Everybody just keeps themselves honest and just does what they have to do. But we would like to be training with each other. It is a team sport, so we have to be with each other,”

If unable to travel for overseas tournaments, Walcott is at least hoping that the annual Rugby 7s event comes off later this year in December providing COVID-19 abates.

The athletic and hard-working Walcott who plays the centre position for Barbados said he trains everyday. He noted that despite the COVID-19 setback he is taking life as it comes.

“The psychological side of it all isn’t too hard for me because I just take life as it comes.

But then there are others who are unable to handle the situation well because they work so hard for a goal and now everything is getting pushed back. It is like all the hard work just going to waste. But for me personally, I just put in the hard work,” Walcott explained.

Now 24-years-old, Walcott who started playing at age 15, said he is happy with the progress of the sport locally. He is also pleased to see junior players given overseas exposure.

The likes of D’Andre Phillips and Simeon John were in Victoria, Columbia, on a fourmonth training opportunity.

“We have been working. I am happy with the progress we have been having. Obviously, we have people who just do it for fun as a hobby. Then there are those of us who take it very seriously, so I am also proud of those guys.

“It is almost like following in my footsteps and the guys before me. It is good to see the juniors travelling and gaining knowledge. The seniors before me put me on to the overseas opportunity and now others like myself are doing it for the ones coming up,” Walcott said.