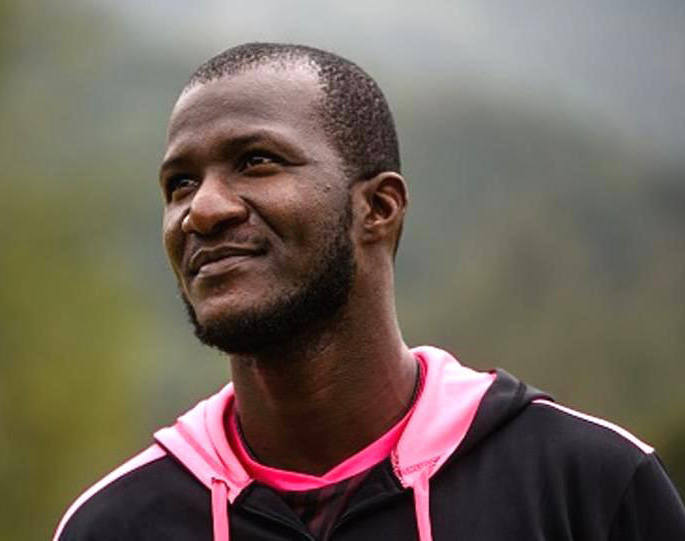 Darren Sammy has been in the international wilderness for four years. (FP)
PREVIOUS IMAGE

A couple months later he was dropped from the team and replaced by Carlos Brathwaite as captain. Since then, Sammy, the only skipper to win the Twenty20 World Cup twice, has not played for the West Indies.

And even though four years have passed since he last donned the West Indies maroon, Sammy said he is still hoping to play for the West Indies in the ICC Twenty20 World Cup which is being held in Australia later this year.

“I love playing for the West Indies, especially in the Twenty20 format. I have not retired from international cricket, therefore I still am available to play for the West Indies in Twenty20 matches. I am aware I will only be selected if I perform in the Caribbean Premier League (CPL) or in any of the other leagues I play in around the world. I am eyeing the Twenty20 World Cup in Australia later this year. I am hoping to catch the eye of the selectors with good performances in the CPL and the Pakistan Super League. I think with my experience I still have something to offer as a player,” Sammy told Barbados TODAY.

Sammy, who is performing duties as a television commentator during the current One-Day International and Twenty20 series between the West Indies and Ireland, said even though he was enjoying his new role in the commentary booth, he still had a burning desire to play international cricket.

“I have not retired to the commentary box.

I am going to Pakistan next month to captain Peshawar Zalmi in the Pakistan Super League.

I lead them to the finals on three occasions. We won the finals in 2017 and I hope we can win the title this year. I am hoping to start my quest to return to the West Indies team by having several good performances in Pakistan that will raise a couple of eyebrows and hopefully I will be a member of the squad going to Australia to defend the title we won in India four years ago,” Sammy said.

The former captain welcomed the changes that have occurred off the field in West Indies’ cricket during 2019.

“There have been several changes that took place in our cricket during 2019. We now have a new president of Cricket West Indies in Ricky Skerritt, Roger Harper is the chairman of selectors, Phil Simmons is once again the head coach and Kieron Pollard is the new captain of the white ball teams. For several years we have been talking about rebuilding. To most people rebuilding is about selecting players to represent the West Indies on the field. To me, rebuilding is also having the right people to represent us at all levels, which includes those who are in charge of managing our cricket. The people managing our cricket must be able to relate to those who represent the West Indies on the field of play. I think the changes that took place last year will truly start to rebuild our cricket,” Sammy said.

He noted that the way Simmons was dismissed from the position of coach a couple of years ago was wrong.

“I also think an injustice was done to Ottis Gibson at the time of his dismissal. We got to treat our people with respect at all levels.

I can safely say that since 2004 each time we won silverware it was under the guidance of a West Indian coach. In 2004 when we won the Champions Trophy Gus Logie was the coach.

Soon after that he was removed. Ottis was the coach when we won the ICC Twenty20 Tournament in 2012, and he went a similar route. Phil was the coach when we retained the Twenty20 Cup in 2016 and he was fired shortly after. All three of these coaches were not given an extended period where they could use their skills to work with the team.

“It is good to see Phil back, he is well respected by the players and is regarded as a father figure. He comes with a load of experience and knowledge that are vital at this stage of our cricket, especially as we are dealing with young players. Phil has a proven track record, we saw what he did with Ireland during his time as coach. He took them to a level where they were able to compete in international cricket. Only time will tell what will happen during his second coming as coach of the West Indies,” Sammy stated.

He suggested that Pollard as captain of the white ball teams brought a style of leadership that was geared towards winning.

“We saw this in India against Afghanistan and India. We competed against India who are very difficult to beat on their own soil. I think the way the team performed there gave us a glimmer of hope. The Test team under the leadership of Jason Holder have also been holding their own. They were outstanding against England in the Caribbean last year. I hope they will continue in the same way this year,” Sammy said.

Sammy praised Shai Hope for his ODI batting in 2019 and expressed delight at the performances of Sheldon Cottrell in white ball cricket over the past 12 months. He described Nicholas Pooran and Shimron Hetmeyer as great talents with bright futures ahead of them.

“It is good to see the talented youngsters given the opportunity to play for the West Indies. I was happy that leg-spinner Hayden Walsh and batsman Brendon King were fasttracked into the white ball teams after an excellent CPL season,” he said, underscoring the strides being made by a number of other young players in the region.