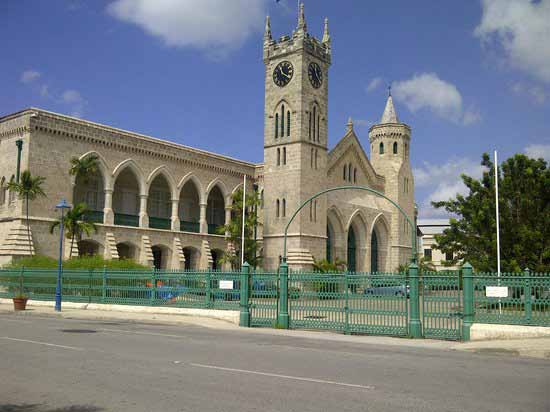 New World plantation societies were all fashioned in the crucible of race. As sociologist Diane Austin-Broos has written, racial difference was rendered by the dominant Europeans in terms of skin colour, other phenotypic attributes and culture to the extent that it came to constitute an ideology. Overall, that ideology reflected a hierarchical ‘dynamic of privilege and dis-privilege.’ White was privileged over brown and brown over black.

In 2020, race still constitutes, consciously or unconsciously, one of the fault-lines in Barbadian society. Ironically, it has not been the kind of San Andreas type fault-line that threatens to shift the tectonic plates that undergird the social fabric of this country. It is more akin to a fissure that, every now and then, widens and creates a slight tremor among a people who cherish peace and social stability.

Most Barbadians, black and white, generally tend not to want to discuss the issue of race.

The Euro-Barbadians tend to avoid the ‘Race- Talk’, which when it erupts, seems to evoke what Kamau Brathwaite once called a kind of ‘terrified consciousness.’ Afro-Barbadians, generally speaking, have accommodated themselves to the white minority.

The black educated middle class, by and large, tends to stay away from mass civic engagement on issues of race. This may be part of ‘the historic compromise’ of white capital and black labour in the context of what Professor Hilbourne Watson, rather derisively, calls ‘the bourgeois, liberal, democratic revolution.’ This compromise, while it should not by any means be mistaken for ‘harmony,’ has worked to restrain anything that smacks of race-based social friction. Barbadians generally hold to the Biblical injunction that, ‘it is a good and blessed thing that men should dwell together in peace and unity.’ However, there are certain irritants that seem to evoke undercurrents of racial resentment in Barbados. One such has been the historical social distancing between the races.

We all have our tribal allegiances in which we seek a psychic refuge. There is no law that can force persons to make friends outside of their given tribe.

A female minister in government recently stated that most white Barbadians cannot say they have a single black friend. One is
sometimes amazed at the tenacity with which some local whites hold on to their racial separateness. The issue is not simply one of whites and blacks.

Nation Newspaper columnist Mohammed Iqbal Degia himself of Indian descent, stated that the Indian people in Barbadians think themselves superior to the black population. It was a strange admission.

If other races chose to distance themselves from Blacks or see themselves as superior to us, then, as James Baldwin stated, Blacks cannot predicate their own values on the idea that other people will change their minds about us. If Blacks want racial harmony, they may have to forgive some of the legitimate resentments of the past. However, they cannot be asked to do so here if systemic, structural racism still exists in the bosoms of a significant number of white and other peoples.

The second irritant is the suspicion, real or imagined, that the White minority controls the Barbadian economy. There may be some historical truth to this if we look back to the days of the so-called Big-Six. The source of the ostensible irritation is the notion that it is to the economic exclusion and disadvantage of the majority black population. This may well be exacerbated by the fact of white racial distancing, which might suggest to some that white corporates do not govern in the interest of the wider community. One occasionally hears talk of interlocking directorships within the white corporate sector. The operative question is: Is there any evidence that white owned capital is currently exploitative of black labour based on colour? The third apparent issue is related to the second. It is the contention that although the black majority controls the politics, it is really the white corporate elite, the so-called ‘white shadows,’ who pull the strings.

Everyone thinks that he or she knows who the white shadows are. The real question is: if they exist, do they in fact serve to negate the political will of the black majority? I do not myself know this to be true. Besides, most of the controlling white capital in Barbados today is not indigenous but foreign capital whose main interest is capital accumulation.

What is historically evident is that since the advent of adult suffrage in 1951, all the black leaders from Grantley Adams to Mia Amor Mottley have been pragmatists. They have consistently chosen to govern within the capitalist mode of production, uphold the democratic right to private property, and evoke the support of the white corporate sector. Let it never be forgotten that it was Errol Barrow who, in the revolutionary turmoil of the 1970s, passed the Public Order Act. Barrow, entrusted with the actual governance of a new nation, recognised the aspirational qualities of liberal democratic enlightenment. Barbados is a better country for it. On a pragmatic level he also recognised that white business capital and expertise were vital to what Francis Fukuyama calls ‘good state capacity.’

The Public Order Act was a legitimately ethical piece of legislation by a man with a profound sense of political morality.
However, it can be argued that the bourgeois, liberal, democratic revolution was far from ‘revolutionary’ in the more radical Marxist sense. It, nevertheless, represented the will of the people and the Barbadian spirit of caution and compromise.

A former Governor of the Central Bank used to argue that the black controlled government de facto controlled the economy.It was a strange syllogism and not altogether true. White economic influence can be a countervailing force to black political power.It can be used to frustrate black politics if so directed by manipulating the market to its own interests. So much in Barbados is always hidden in the shadows, Black and White.

Disclaimer: The views and opinions expressed in this article are those of the author and do not necessarily reflect the official policy or position of The Barbados Today Inc.